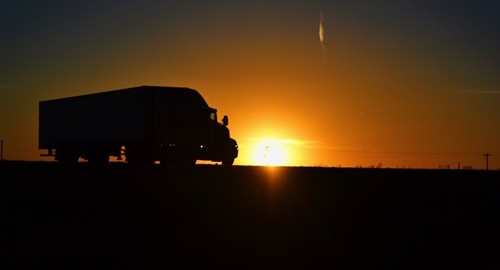 UPS has dominated the shipping industry for decades. However, the continued ascent of e-commerce giants such as Amazon threatens its rank in the global marketplace. Why? Many of these brands are developing their own logistics networks in an effort to centralize and streamline their business processes and save money. Amazon's capital expenditures grew 51 percent during the first quarter, as the company bolstered its fulfillment operations, according to an earnings call transcript published on Seeking Alpha. This included the construction of 23 new warehouses.

UPS did something similar over the same span, pouring money into newer, faster workflows and, in the process, setting off a logistics arms race with its longtime partner, according to Supply Chain Dive.

"There has been a fundamental shift in how our market has been created for small package," UPS CEO Richard Peretz explained to investors in a communication obtained by Supply Chain Dive. "Our market is expanding, but the way people are receiving merchandise is different. And we're preparing this company and our network to make adjustments for that."

An e-commerce giant breaks free
Amazon has slowly but surely built up its logistics networks over the years. For instance, almost two years ago, the company acquired a fleet of delivery trucks to strengthen its shipping capabilities during the holiday season, NBC News reported. At the time, Amazon representatives assured worried partners FedEx and UPS that it did not intend to eat into their business. However, the company's stance on this issue soon changed. One year later Amazon began deploying its own delivery teams, sending branded trucks to the doorsteps of customers and usurping tasks previously left to full-time shippers, The Wall Street Journal reported.

Publicly the e-commerce firm claims these measures are part of a proactive fulfillment strategy for high-volume periods. Former managers and business partners told The Journal that Amazon aims to compete directly with UPS and other shippers as a way to not only cut costs but also drive more revenue. Last year, shipping costs consumed more than 10 percent of the company's total gains. In 2006, 6 percent of revenue went into logistics fees. With shipping expenses at an all-time high and the possibility of new business on the horizon, Amazon moves forward.

Analysts and potential competitors are skeptical of the move, despite the enterprise's impressive growth. FedEx and UPS manage a total of 4,000 sites between them, leveraging roughly 300,000 vehicles and hundreds of thousands of employees to sort and deliver millions of in-transit items daily. Additionally, this network continues to grow. FedEx spends an estimated $5 billion per year on expansion projects, while UPS allocates roughly $2.5 billion annually. Industry experts believe Amazon simply does not have the resources and organizational strength to match these capabilities while maintaining its core business operations.

"The level of global investment in facilities, sorting, aircraft, vehicles, people to replicate the service we provide, or our primary competitor provides, is just daunting, and frankly, in our view, unrealistic," Alan Graf, chief financial officer for FedEx, told The Journal.

Even so, Amazon continues with its efforts. The company currently staffs more than 200,000 employees and maintains 180 warehouses and 70 local shipping stations, allowing it to offer direct delivery to customers in 30 metro areas. It also boasts cutting-edge services such as Prime Air, which employs conventional aircraft and unmanned aerial vehicles. Amazon will most certainly build on these capabilities over the months and years to come.

UPS prepares
With this in mind, business leaders at UPS have begun expanding their networks in anticipation of competition from a resourceful and trendy brand. The logistics giant has purchased new warehouses, adding 5 million square feet of operational space, Supply Chain Dive reported. Automated technology is expected to consume more than one-third of that area – a direct answer to Amazon's robot-filled fulfillment areas. UPS also opened 40 new locations in cities across the country and plans to add 160 more before the year is over. The company hopes it can use these sites to attract small- to medium-sized brick-and-motor sellers looking to match Amazon's delivery services with local and regional setups.

With this expansion, UPS is readying for a major fight with its ambitious e-commerce collaborating.