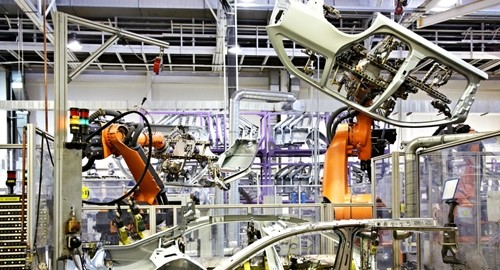 The prospect of mass automation often sends shivers down the spines of workers and union officials. This is not an unfounded fear. Analysts for the professional services firm PricewaterhouseCoopers estimate that automation could impact almost 40 percent of American workers by 2030, including 56 percent of the individuals employed in the transportation and storage industry, as well as 46 percent of those in the manufacturing sector.

Considering the impact
The company, which competes with brick-and-motor bulk sellers such as Costco and Sam's Club, pumped millions into its primary shipping and receiving hub in Union, New Jersey, filling the facility with robotic pick modules and sensor-laden conveyors. In addition to refitting the space with new technology, Boxed invested in new employee training programs designed to provide existing staff with skills they need to navigate the new environment. Pickers and packers at the facility received training on the devices and moved into new roles. The retailer even gave temporary workers full-time status, bringing the total workers on payroll to 115. Boxed anticipates that this unique arrangement will bolster productivity by a factor of six.

Boxed CEO Chieh Huang says the transformation, which took almost two years, came out of his personal desire to protect his employees even as automation became necessary. He argues that organizations can reap the benefits of new technology and still retain staff by managing how robotic devices are integrated into the operation.

"We can only control what's in our purview," he told CNN. "Hopefully this will empower people to raise their hands and say: 'Is there a consideration of the human impact that we need to think through?'"

The human-robot connection
This idea that automated devices and human workers can coexist is nothing new. In fact, a number of organizations are, like Boxed, are updating their workflows based on this very notion. Ecommerce giant Amazon was one of the first companies to move in this direction, according to the MIT Technology Review. At one of the company's warehouses in Trenton, New Jersey, robotic shelves move throughout product storage spaces, making way for freshly picked and packed items. Robotic arms descend from the ceiling to tape packages that pass through on a conveyor. Workers monitor the process every step of the way and step in to perform tasks computers cannot perform, mostly extemporaneous workflow adjustments.

For Amazon, this symbiosis is the future – not human-free spaces packed with software-driven robots.

"We like to think of it as a symphony of software, machine learning, computer algorithms, and people," Kelly Cheeseman, a spokesperson for the company, told the MIT Technology Review. "And the people are such an important component; the technology wouldn't mean anything if you didn't have great employees that help interact and engage with it."

Some will make the argument that automated technology will advance to point that human intervention is no longer needed. Newer innovations such as machine learning and artificial intelligence-based software do indeed indicate that such a future is around the corner. However, experts recognize that robots may never be able to perform some tasks. For example, unpredictable physical duties are difficult to automate, according to research from the consulting firm McKinsey and Company. Additionally, work that requires on-the-job expertise is also fairly invulnerable as software solutions – even the most advanced versions with machine learning capabilities – cannot match the minds of seasoned professionals. Finally, technological experts uniformly agree that robots cannot step into managerial roles, as they are devoid of emotion and therefore are unable to engage with humans on a personal level.

Companies like Amazon and Boxed are helping workers and business leaders understand that automated devices and human employees can work together to achieve efficiency gains. Fears surrounding the slow march of enterprise technology are certainly valid but the these organizations show that the future of work may not be as humanless as previously thought.